When We Get There – First Staged Reading 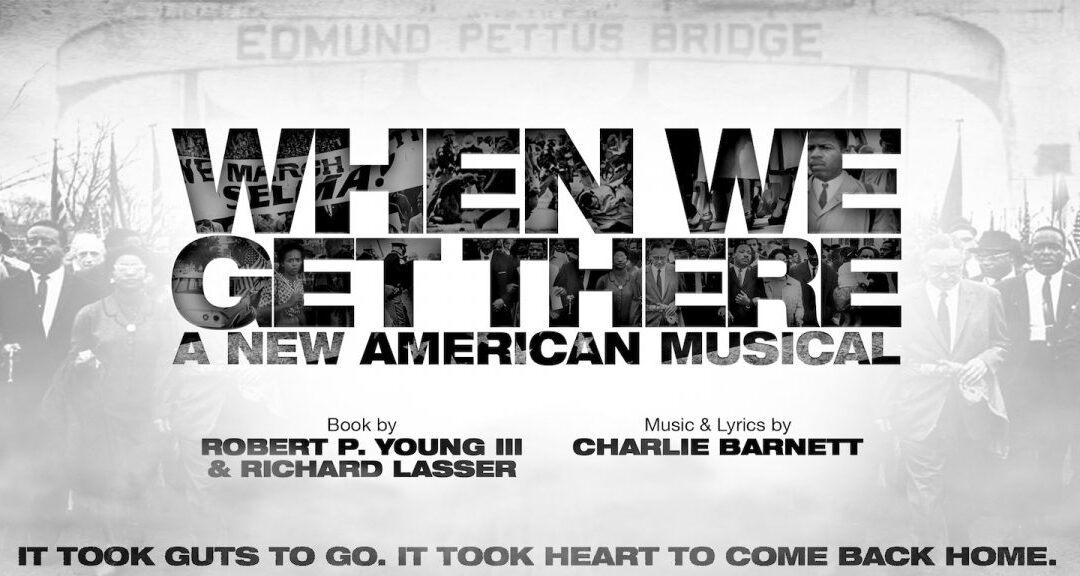 The new Civil Rights musical that I started in April of 2020, When We Get There, has finally found its way to the stage, with two readings in New York’s West Village on June 27 and 28. I wrote the music and lyrics for the show, and my collaborators Richard Lasser and Robert P. Young III wrote the book. Our phenomenal cast included Q. Smith (from Broadway’s Come from Away), Nik Whitcomb, Amy Gaither Hayes, and the spectacular newcomer Shaakirah Nazim-Harris. Music director Mary Ann Ivan and director Pat Golden worked with brilliance and intensity to bring the piece together, and it paid off. The singing was top-notch, and to my eye, the show burned with drama onstage.

For the two weeks of rehearsals, I was on hand to transpose and revise the music—and to write two last-minute songs we decided we needed. But on performance days, I was in row 10…just watching. It was frustrating because I wanted to be playing, but I was determined to get my head out of the music and to experience the full show. It reminded me, once again, that theater is a collaborative art form, and that having your music interpreted by people with different experiences and sensibilities can bring out qualities and meaning in the work that you didn’t even know was there.

People keep asking what’s next for this show, and I’m afraid I don’t know the answer yet. We are hoping for a workshop or regional production, so please feel free to share the show’s website with any theatrical directors or producers who might be interested.